Systolic and Diastolic Currents of Injury 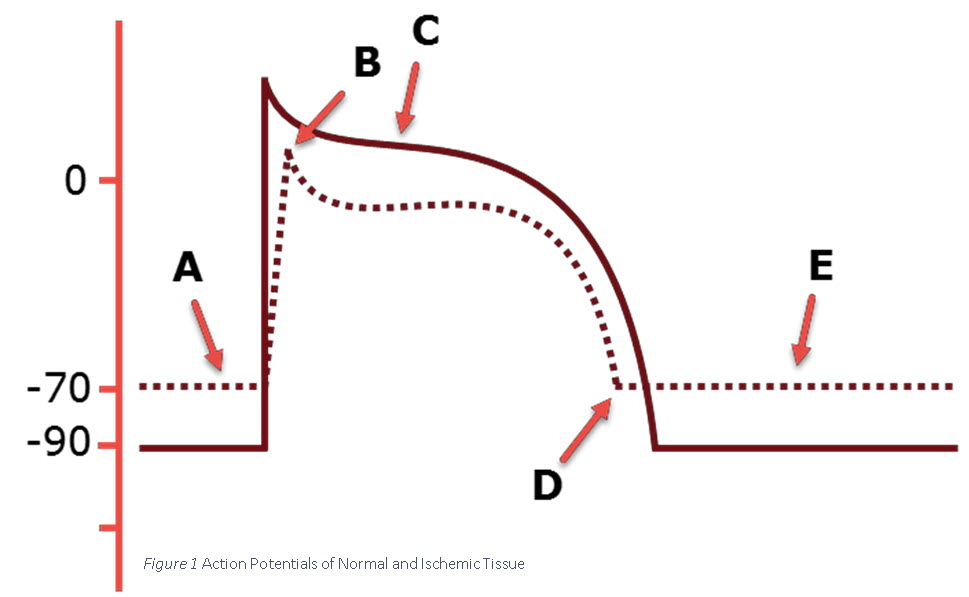 There are some basic concepts that must be remembered at all times during the discussion of the theories of systolic and diastolic currents of injury:

Localized ischemia always damages some cells. Loss of circulation to an area of the myocardium results in cellular hypoxia. The hypoxia leads to diminished levels of ATP in the affected cells. There are ionic transport systems in the cell membrane that depend on ATP for energy and the Na+ / K+  pump is one of them. Loss of this pump prevents K+ from being pumped back into the cell during diastole, so the concentration of K+ builds up outside the cell while the intracellular concentration of K+ falls. The concentrations of K+ inside and outside the cell are less different, so the resting transmembrane potential is reduced.

The damage caused by ischemia is localized – it is not reflected in the organism as a whole, but just in the area affected by the ischemia.

Because the amplitude of Phase 0 is reduced in cells affected by ischemia, Phase 2 must therefore occur at a lower voltage (Phase 2 can never be higher than the peak of Phase 0). The Phase 2 maximum voltage in ischemic myocardium is significantly less than that of Phase 2 in the normal tissue. And notice that Phase 2 of the normal action potential is POSITIVE (above “0”) during most of systole. (Arrow “C”)

So, what you must remember here are 3 things…

A. Ischemic tissue cannot depolarize as well as normal myocardium, so the ischemic myocardium will be less positive than the normal tissue during Phases 0 – 3. Look at the action potential represented by the dotted line in the illustration above.

B. Ischemic tissue cannot repolarize as well as normal tissue so ischemic myocardium will always be more positive than normal myocardium during Phase 4. Again, refer to the illustration above.

Now let’s talk about the theories of systolic and diastolic currents of injury.

PERSPECTIVE: Bear in mind that the Systolic Current of Injury Theory attempts to explain ST elevation or depression by looking at the ST segment itself on the action potential – Phase 2. 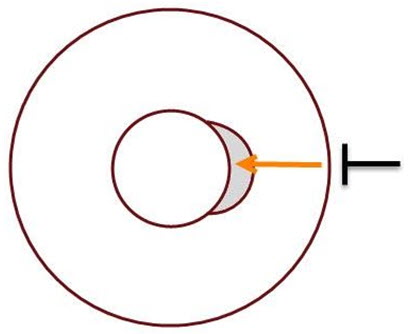 During Phase 2 (the ST segment), the normal cells are able to depolarize more thoroughly than the ischemic cells so an injury current appears that runs from the normal tissue to the ischemic tissue during systole. Because Phase 2 is represented on the ECG tracing as the ST segment, whether the ST segment is elevated or depressed depends on the location and thickness (or depth) of the ischemic area.

Just picture this in your mind: there is an area of subendocardial ischemia. What will the positive electrode overlying this area see? Remember: during systole the normal myocardium is more depolarized than the ischemic myocardium and current will flow from more depolarized to less depolarized.  So, the systolic current of injury will run from the normal tissue to the ischemic tissue. In our particular example, the ischemic tissue is subendocardium and the normal tissue is subepicardium. Therefore, the positive electrode overlying the area will see a current during Phase 2 (ST segment) traveling away from the body surface (epicardium to endocardium). 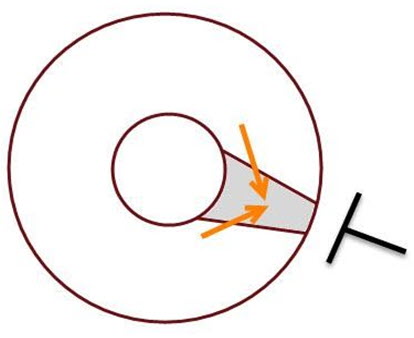 PERSPECTIVE: The Diastolic Current of Injury Theory attempts to explain ST elevation or depression not by examining the ST segments themselves but by looking at the baseline of the ECG – the T-P segment (represented on the action potential by Phase 4). 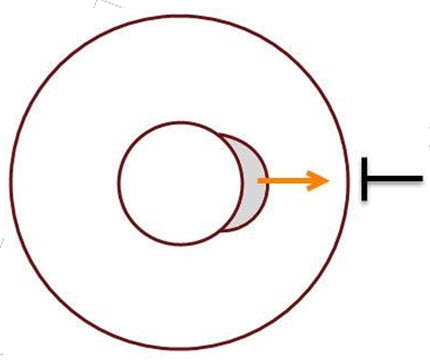 Diastole is Phase 4 of the action potential. In this case, the ischemic cells have remained more depolarized  than the normal cells during Phase 4 (Arrow E). Therefore, the current in this case will travel from the ischemic myocardium to the normal myocardium. A very important point here is that we are talking about the effect that ischemia will have on Phase 4. Remember: Phase 4 represents the T-P segment. No one ever looks at the T-P segment when they are looking for ischemia or infarction! They always look at the ST segment! And for good reason: the ECG machine is programmed to keep the T-P segment at baseline with everything else on the strip moved up or down relative to that. If the T-P segment is depressed, the ECG machine will raise it back up to baseline and concurrently raise the rest of the tracing an equal amount. Thus, instead of seeing actual T-P depression, you will think you are seeing ST elevation.

Let’s look at the example of subendocardial ischemia being recorded during Phase 4 diastole (the T-P segment). Because Phase 4 of the ischemic myocardium is partially depolarized compared with the normal myocardium, the current will travel from ischemic myocardium to normal myocardium. In the case of subendocardial ischemia, this results in an injury current traveling toward the recording electrode during diastole resulting in an elevation of the T-P segment. However, the ECG machine brings the baseline T-P segment back down to 0 mV and so the ST segment is now even lower and appears depressed. 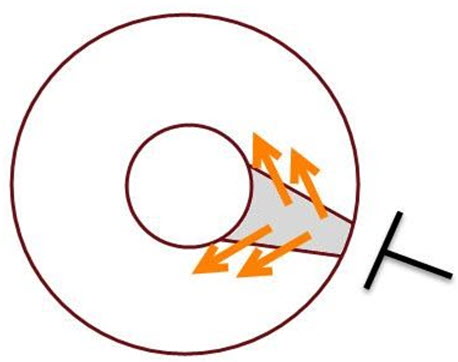 Let’s now look at an example of a transmural infarction or an infarction that has managed to extend from the epicardial layer at least to the electrical subendocardium. Again, we are speaking only of events that are occurring during diastole – Phase 4, the T-P segment. Because of the difference in membrane potential between the normal and ischemic (more depolarized) tissues – a current is generated that runs from the ischemic tissue to the normal myocardium. The recording electrode will see only vectors traveling away from it, so it will inscribe a negative T-P segment. Again, the electrocardiograph will adjust the baseline T-P segment to 0 mV which raises everything on the ECG. Because we assume the baseline is always at 0 mV, what we thus see on the tracing is ST elevation.

Some Points to Remember…